Daniel Lowenstein, MD, is the Robert B. and Ellinor Aird Professor and vice chair in the Department of Neurology at UC San Francisco. He was named to the post of executive vice chancellor and provost effective Feb. 1, 2015. With this new position, Lowenstein stepped down from being director of the UCSF Epilepsy Center and director of Physician-Scientist and Education Training Programs for the UCSF School of Medicine.

Lowenstein received his BA degree in Mathematics from the University of Colorado in 1973, an MS degree in Man-Environment Relations from The Pennsylvania State University in 1978, and an MD degree from Harvard Medical School in 1983. Following an internship in Pediatrics at UCSF in 1983-84, he completed his residency in Neurology at UCSF from 1984-87, serving as Chief Resident in the final year. He then served a two-year fellowship in Nobel laureate Stanley Prusiner's Laboratory, investigating the sequence homology of the PrP gene in various rodent species.

Lowenstein joined the faculty in the Department of Neurology at UCSF, where he established the UCSF Epilepsy Research Laboratory, and became the Robert B. and Ellinor Aird Professor of Neurology from 1998-2000. He joined Harvard Medical School (HMS) as the dean for Medical Education, a position he held for two and a half years, overseeing improvements in curricular governance, educational technology and support for teaching. He returned to UCSF in 2003 due to family reasons.

A clinician-scientist who studies both basic science and clinical aspects of epilepsy, Lowenstein’s laboratory studies, conducted from 1989 to 2002, have addressed the fundamental mechanisms of neuronal network remodeling that occur during epileptogenesis or the process in which a normal network transforms into a hyperexcitable network capable of producing or relaying seizure activity. His studies bear not only on the neurobiology of epilepsy, but also on the broader issue of neurodevelopment and the capacity for regeneration in the adult nervous system after injury.

In 2002, Lowenstein turned his attention toward questions related to the genetic basis of common forms of human epilepsy. Working with colleagues from throughout the world, he helped create the Epilepsy Phenome/Genome Project (EPGP), an international, multi-institutional, collaborative study that is collecting detailed phenotype date on 5,250 subjects with specific forms of epilepsy. The aim of this is project is to identify the genetic determinants of their disease with whole exome and whole genome sequencing. Having completed the sixth year of the project, EPGP has enrolled more than 4,000 participants and has compiled the most extensive and detailed phenotype dataset in the history of epilepsy research. In 2011, Lowenstein and colleagues were successful in receiving funding for a new NINDS epilepsy center without walls, titled “Epi4K: Gene Discovery in 4,000 Epilepsy Genomes,” which has as one of its goals the analysis of the EPGP cohorts. This joint work of EPGP and Epi4K has already yielded major new insights into the genetic basis of the epileptic encephalopathies, a particularly devastating form of epilepsy.

Lowenstein's main clinical research to date has been on the management and treatment of patients with status epilepticus or unusually prolonged seizures. He was co-principal investigator with Robert Silbergleit for the recently completed Rapid Anticonvulsant Medications Prior to Arrival Trial (RAMPART) study, which successfully demonstrated the utility of intramuscular benzodiazepine treatment of status epilepticus in the pre-hospital setting. RAMPART was selected as the “2013 Clinical Trial of the Year” by the Society for Clinical Trials.

Lowenstein’s epilepsy research has been recognized by several honors and awards, including the American Epilepsy Society’s 2001 Basic Research Award, an honor given each year to the foremost basic science investigator whose research “contributes importantly to understanding and conquering epilepsy.” He also received the 2012 recipient of the Lennox Award and the Ambassador Award from the International League Against Epilepsy.

He has also helped to define scientific policy on a national level, having served on a number of committees, including as a member of the Advisory Council of the National Institute of Neurological Disorders and Stroke (NINDS) and Chair of the NINDS Clinical Trials Subcommittee from 2000-2004.

Lowenstein has played an active role at UCSF as an advocate of cultural diversity and civil rights. In recognition of his leadership at UCSF in these areas, he received the 1998 Black Student Health Association’s Faculty Award, the 1998 UCSF Dr. Martin Luther King, Jr. Award, the 2006 Holly Smith Award for Exceptional Service to the UCSF School of Medicine, and the 2009 UCSF Chancellor’s Award for Public Service.

A highly regarded teacher, Lowenstein has received nearly every major medical education award granted both locally at UCSF and nationally, including the American Medical Student Association Golden Apple Award for Excellence in Teaching and the Alpha Omega Alpha Robert J. Glaser Distinguished Teacher Award by the American Association of Medical Colleges. In 2013, he was selected by UCSF students to deliver “The Last Lecture.”

In 2017, Lowenstein was elected to the National Academy of Medicine, recognizing his outstanding professional achievement and commitment to service in the medical sciences and health care. 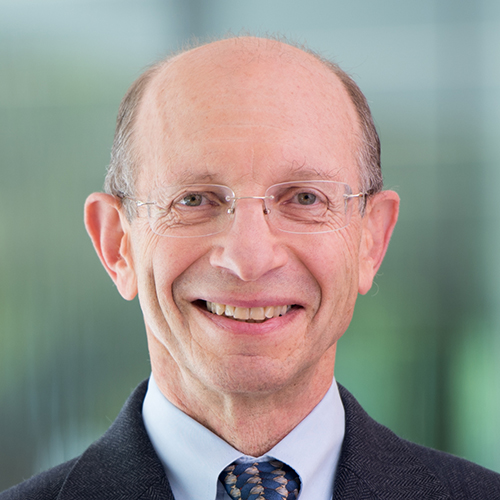