Dr. Julie A. Robinson is Chief Scientist of the International Space Station (ISS) Division at National Aeronautics and Space Administration (NASA) Headquarters. In this role, she provides science advice at the highest levels of the agency, promoting exploration research and demonstration strategies onboard the ISS and other human spaceflight platforms, and developing and advocating policy to enhance research in human spaceflight.

From 2018-2019, Robinson served a temporary assignment as Associate Director of NASA’s Human Research Program (HRP). HRP is responsible for understanding crew health in the extreme environments of space and mitigating those risks to insure successful human exploration beyond Earth orbit. In HRP, she has coordinated process for interagency partnership agreements, developed innovative uses of International Space Station (ISS) for simulating Mars missions, and led strategic planning for human research on new platforms including the lunar Gateway and lunar surface missions.

From 2007-2018, Robinson served as Chief Scientist of the ISS Program at NASA Johnson Space Center, representing all ISS research disciplines at the highest level in the program and providing information and recommendations to senior leaders inside the agency and stakeholders outside the agency. Robinson oversaw the scientific integration of the laboratory from the assembly period to full utilization, and the expansion of research using the platform to include space science disciplines and commercial entities under the designation of ISS as U.S. National Laboratory. She founded the ISS Program Science Forum, made up of her counterparts from each ISS partner agency, increasing international collaboration and effective use of ISS by scientists from over 100 countries. Through the influential ISS Benefits for Humanity series of publications and media, she developed a system to communicate the economic and scientific value of research conducted on the ISS, and is sought as a NASA speaker at both scientific and public events.

Dr. Robinson has an interdisciplinary background in the physical and biological sciences. Her professional experience has included research activities in a variety of fields, including virology, analytical chemistry, genetics, statistics, animal behavior, field biology, Earth science and remote sensing. She authored numerous scientific publications before moving to science management.

Following postdoctoral research at the University of Houston, Robinson began her career with Lockheed Martin in the Image Science Laboratory at Johnson Space Center. She led a major NASA-sponsored scientific project to facilitate a distribution network for global maps of coral reefs in the developing world. She collaborated with ecologists and conservation biologists to increase access and use of NASA data and in publication of a remote sensing textbook.

She joined NASA as a civil servant in 2004, became Deputy ISS Program Scientist in 2006, and ISS Chief Scientist in 2007. She received the NASA Outstanding Leadership Medal in 2011.

Her personal interests include work on the boards of several non-profit organizations, mentorship to engage girls in math and science, and as an amateur singer of jazz and classical music. 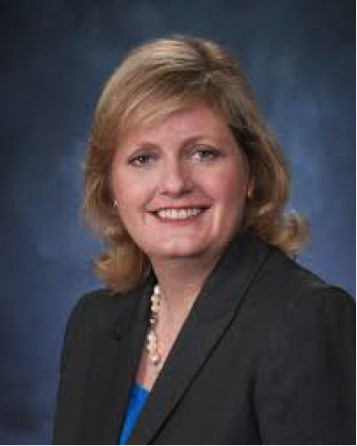