Dr. Shelhamer is on the faculty of Johns Hopkins where he started as a postdoctoral fellow in 1990. He has a bachelor’s and master’s degrees in electrical engineering from Drexel University, and a doctoral degree in Biomedical Engineering from MIT. At MIT he worked on sensorimotor physiology and modeling, including the study of astronaut adaptation to space flight. He then moved to Johns Hopkins where he continued the study of sensorimotor adaptation with an emphasis on the vestibular and oculomotor systems and mathematical models. From 2013 to 2016 he served as Chief Scientist for the NASA Human Research Program 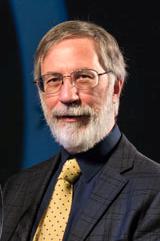